The Best View in Tbilisi: Xeme Restaurant at The Biltmore Hotel 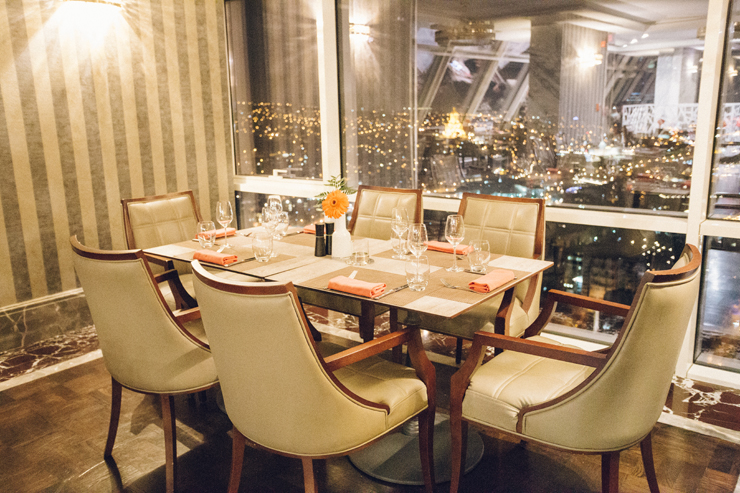 We’ve frequented plenty of restaurants where we’ve ‘paid for the view’. We’ve enjoyed pasta overlooking the Colosseum, Paella in front of the Sagrada Familia and Dolmadas overlooking the island of Rhodes. However, it’s not often that a view has been so transfixing you sometimes forget that the restaurant has also served you food! The Biltmore Hotel is a monument to Georgia’s past and present. The original building named IMEL (abbreviated as Institute of Marx, Engels, Lenin) served as an institute and library during the Soviet Georgia era. After the independence of Georgia it served as Parliament Building in 1990s and even constitution of Republic of Georgia was adopted in right on this place. The historic building was purchased in 2008 and in 2011 the city granted permission for a 32 storey, 300m high rise tower to be built onto the back of it, shooting above the Tbilisi cityscape. Sitting on the 31st floor of the tower is Xeme Restaurant. The restaurant mixes Georgian traditional wine with international cuisine. The first thrill of dining at the Xeme Restaurant is taking the glass elevator up the tower. After pressing the button you are quickly and smoothly catapulted up into the Georgian night sky as the traffic and lights of the city floor shrink beneath you into a tapestry of miniature lights. The Biltmore Hotel itself is smartly positions just northwest of the City Centre. The positioning means that if you reserved a table in the South East corner of the Xeme Restaurant you get to look down all the sights Tbilisi offers.

300 meters below us was Rustaveli Avenue, one of the main roads in Tbilisi. The road leads from the front door of The Biltmore right up to Freedom square, the heart of Tbilisi. From our perch we could see straight down the main street and had a perfect view of the golden statue of St George. Running adjacent to Avenue is the Mtkvari River which flows the city. The river is lit up with thanks to the lining of streetlights to its side and the regular, ornate and colourful bridges that straddle its bank.

On the far side of the river we could clearly see the presidential palace, a grand palace bathed in white light and with its glass dome reflecting and refracting the light.

Further up the bank we could clearly see the jewel of the Georgian Crown, the Holy Trinity Cathedral. Standing on top of Elia Hill and bathed in yellow light, the Cathedral looks down over all of Tbilisi… except those eating in Xeme Restaurant. 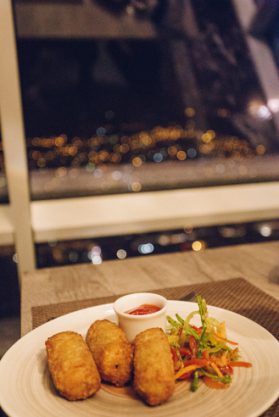 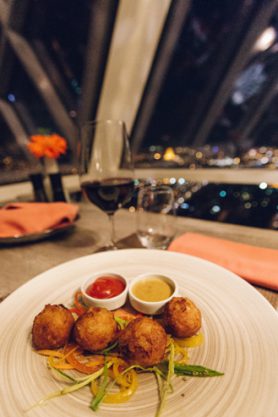 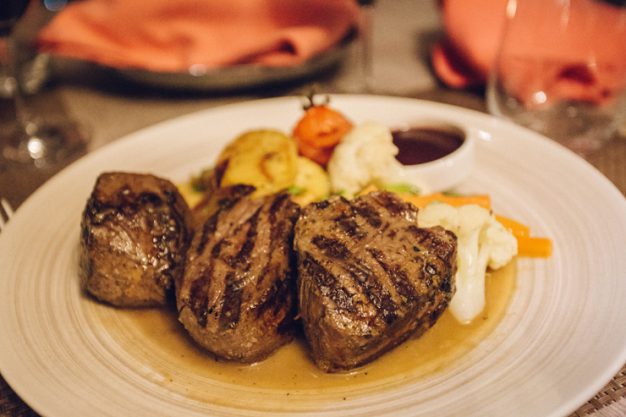 And eating we were. After some still warm freshly baked local bread we enjoyed beef crepes and chicken croquettes as starters before moving onto the main event; Wagyu Beef Medallions for mains. Xeme is a high-end restaurant that serves up tasty and fresh food that is both a rich treat and very affordable for the western traveller looking for something very special.

Of course a meal in Georgia wouldn’t be complete without some local Georgian wine. We enjoyed a fine glass of semi-sweet red to go with our rare beef. The food and wine were delicious; made even more special by the incredible cityscape below.

To find out more or to book your own dinner above the city, visit The Biltmore Hotel Tbilisi website here. Thank you to The Biltmore Hotel for hosting us for the evening, however our views are always honest and our own. 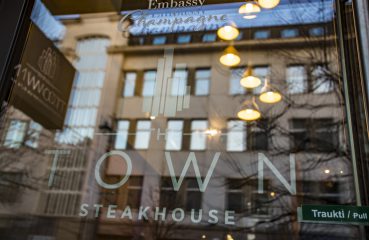 Lithuania is not known for its cuisine. The geographic location and the weather means seafood and chicken are not standard fare and the traditional menu tends to feature more... 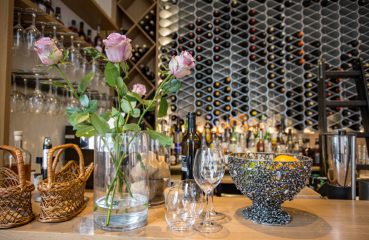 An Elegant Lunch at Ribe Tallinn

After building up an appetite exploring Tallinn Old Town we headed to Ribe, which consistently ranks in the top ten of Estonia’s best restaurants. Greeted by a towering wall of...