Written by The World in a Weekend| 28th February 2018| Food, Lithuania 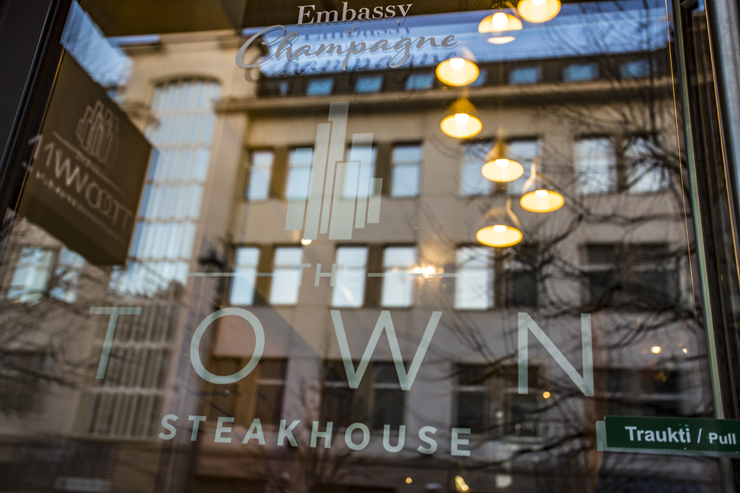 Lithuania is not known for its cuisine. The geographic location and the weather means seafood and chicken are not standard fare and the traditional menu tends to feature more beetroot than the average menu. However, this lack of variety has meant the Lithuanians have mastered certain dishes, in particular beef. We decided to put this to the test by visiting one of the country’s top steakhouses: The Town Vilnius. 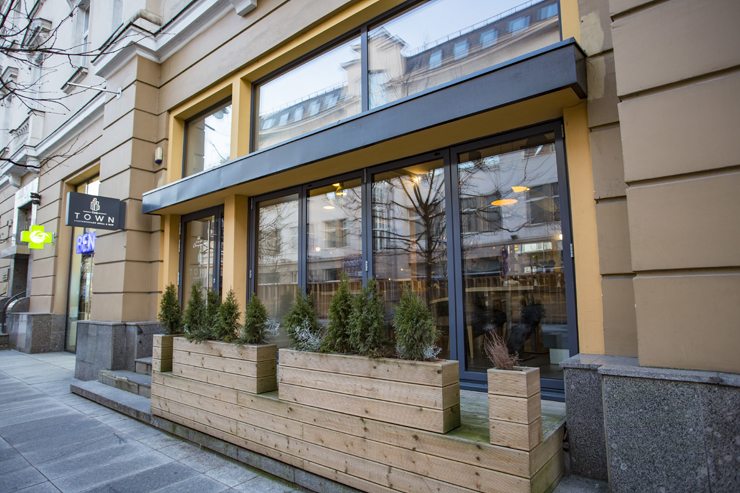 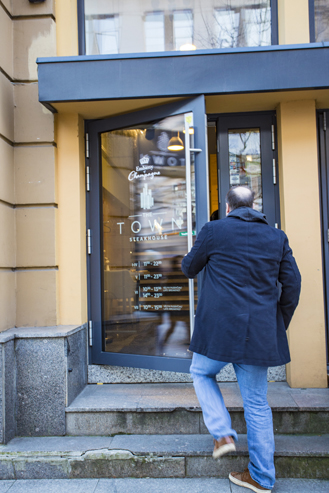 The Town is a high-end steak house nestled into the Opera and Museum district of Vilnius. The restaurant has a modern but timeless feel with sharp, stylish furnishings but not artistic or fashionable as to potentially date it. 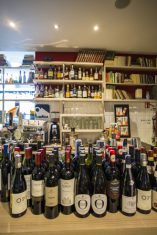 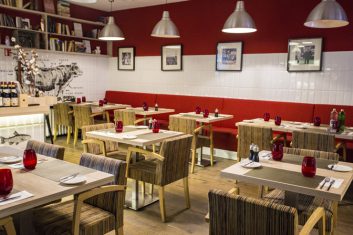 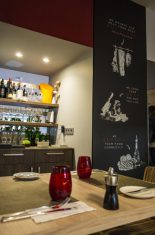 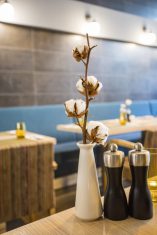 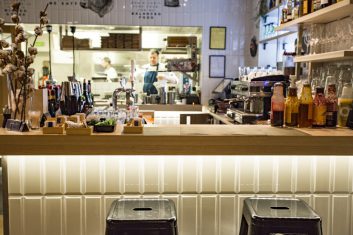 The first good news as you begin your experience is the menu. The menu is very slim on choice. 1 page gives you all choices you need for a 3-course meal and reassuringly limits your choices to mainly varieties of steak.

If you’re looking for the best steak, a good rule of thumb is if the restaurant serves other things (pizza, pasta, salads as mains) it’s probably not the best steak.

Our waiter was encouragingly confident in his recommendations; the Beef and Tuna Tartare are the best starters, the Chateaubriand is the best steak in Vilnius. We couldn’t argue.

He quickly paired our meal with an Argentinian Malbec and presented us with us some local bread as a prelude for the carnivorous feast to come.

Our starters were served promptly and beautifully presented. They arrived on what seemed to be bespoke plates: huge round plates with a flat well in the centre, which, in the case of the Tuna Tartare, was filled with a balsamic glaze. The Tartares were small spherical towers, and so the Tuna Tartare looked like a small castle surrounded by a balsamic moat. 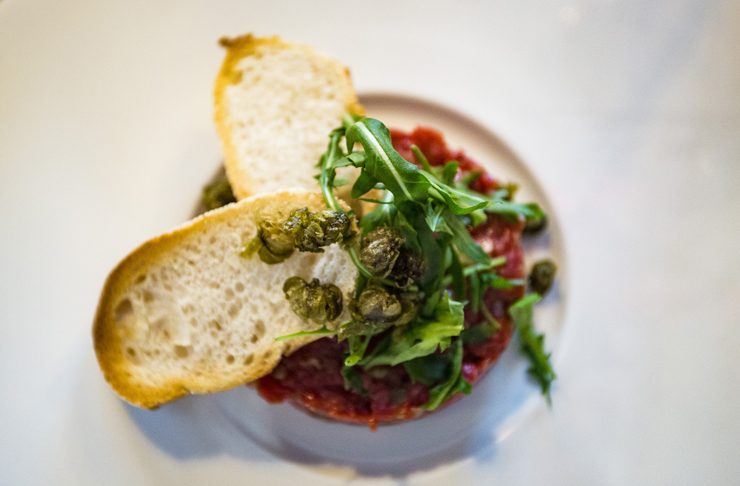 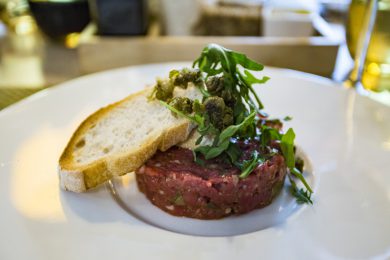 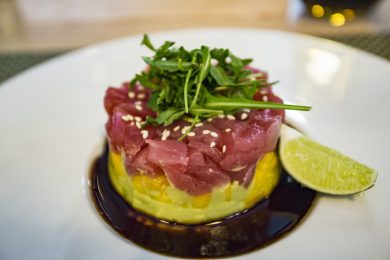 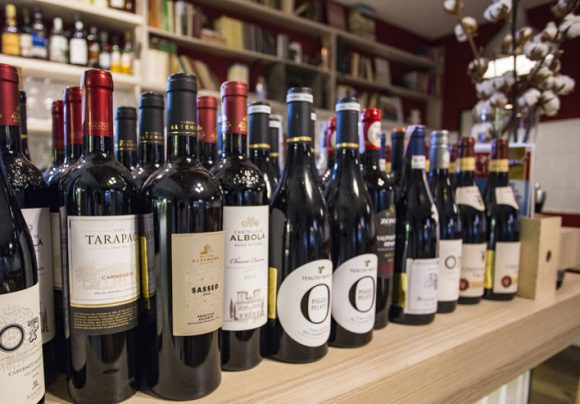 The Tuna Tartare was surprisingly fruity with it being on base of puréed fruit and vegetables. The tuna was nice but not overpowering. You could tell that it was impeccable quality by how light and soft it tasted.

The Beef Tartare was finely minced, and such good quality that it just melted in your mouth. The subtle sweet flavours from the pickles fused perfectly with the soft tang of finely diced onions so not to overpower the beef. The soft texture was complemented by some crunchy slow roasted, and slightly salty capers.

Once polished off we were then teased. Out came the roasted vegetables, the potatoes in truffle oil, the chimichurri, and the bernaise sauce. Our table was awash with delicious things but had a huge hole in the middle where the headline act was due to appear.

And then it arrived: the Chateaubriand. 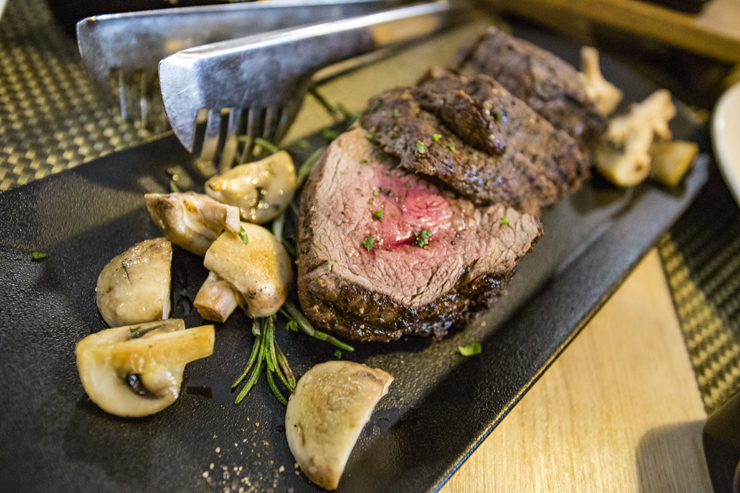 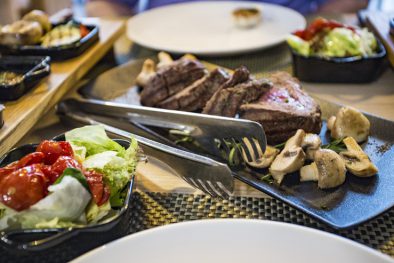 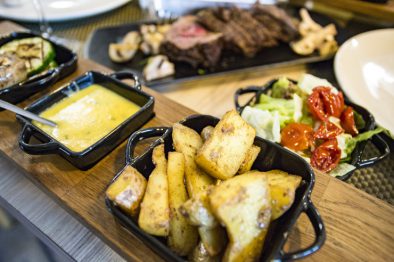 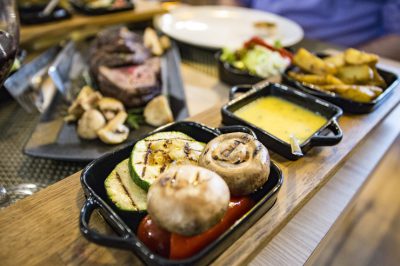 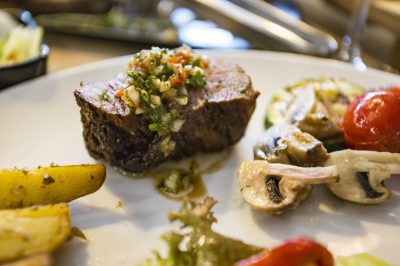 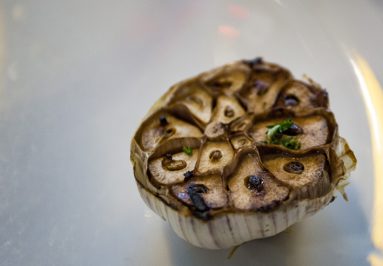 Our chef had recommended it medium. It’s seems Lithuanians are similar to the French in that they enjoy their steaks more rare than some other countries. You could see straight away the ends of the steak were heavily seasoned but the centre was red and tender, promising succulent meat and juicy flavours.

It did not disappoint. The steak was soft, delicious and every mouthful was a pleasure odyssey from knife to fork to mouth to “mmmm” noises as the flavours partied through us.

The steaks’ forte was its simplicity: no heavy seasoning or flavouring, just great quality steak cooked to perfection. Simple but astonishing.

The sides were a mixed bag. The chumichurri was light but complemented the steak beautifully without overpowering it. The potatoes in truffle oil were an experiment in themselves, but very enjoyable. The roasted tomatoes and peppers were glorious. The bernaise sauce, the sun dried tomato salad and the mushrooms were nice but weren’t in the same league as the stars of the meal.

The town has two restaurants in the country’s main cities: Kaunas and Vilnius. Whilst Lithuania may not have a reputation as a culinary capital, it certainly has honed its specialities.

And take it from travellers who’ve eaten steak on 4 continents, The Town does it easily as well, if not better, than anywhere we’ve known.

To book at either of their venues or to find out more, visit their website. Thank you to The Town Vilnius for hosting us, however our opinions are always honest and our own. 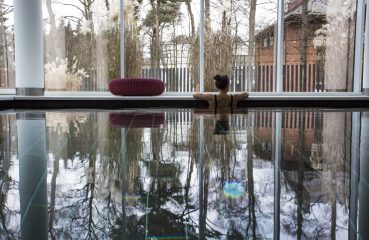 The Palanga SPA Luxury Hotel is a 5 star luxury resort in North West Lithuania. Palanga is a holiday favourite for Lithuanians who head there in droves during the summer to enjoy... 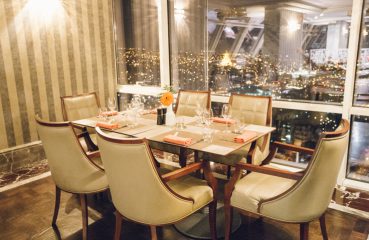 The Best View in Tbilisi: Xeme Restaurant at The Biltmore Hotel

We’ve frequented plenty of restaurants where we’ve ‘paid for the view’. We’ve enjoyed pasta overlooking the Colosseum, Paella in front of the Sagrada Familia and...