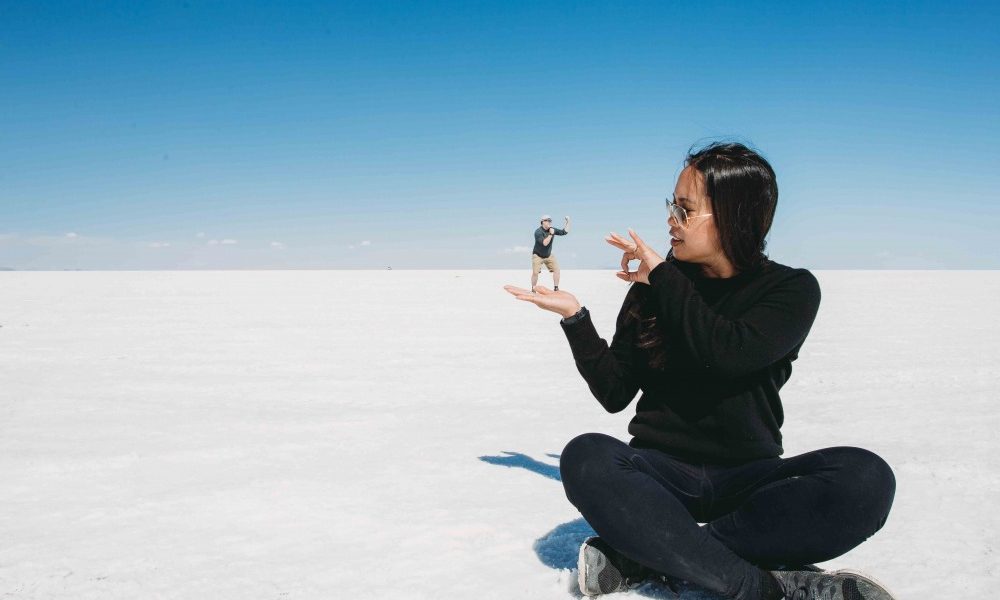 The great plains of Bolivia’s Salar de Uyuni are otherworldly.

They are also of course, a pretty popular tourist destination. The nearby town of Uyuni serves as a jumping off point for travellers to head into the salt flats. With just a single strip airport, the town is a dusty sand bowl that offers travellers beds, pizzas and a plethora of 1, 2, 3 and 4-day trips into the flats along with night tours.

Uyuni could easily be the set of an old western: dusty, sandy and littered with old style bars, clock towers and renaissance style churches all covered with a light dusting of salt and sand.

We elected to do two trips to experience the Salar de Uyuni. The first was a stargazing night trip and the second during the day.

Shortly after breakfast we were picked up in a worn and torn 4×4 to head out into the flats. As we drove out you could easily imagine Clint Eastwood riding the other way, on his way to town to settle a debt.

Our first stop on the outskirts of the Salar de Uyuni was the train cemetery where dusty, hollowed out locomotives loom like forgotten giants in the sand. Uyuni used to serve as a major transport hub but these trains, mainly imported from Britain, have been left abandoned to fade away. Sand, salt and strong winds have corroded these huge metal husks. This, along with the graffiti and wear from tourists exploring the trains contributes to the eerie and silent atmosphere.

We made a quick stop in Colchani, a small village on the edge of the Salar de Uyuni with a salt factory and a busy (full of tourists) local market. There aren’t many toilets after this on the salt flats so make use of them.

Back in the 4×4 as we started to veer off the roads and into the wilderness, the landscape started to change dramatically.

First we passed this area of red water which stood as the gateway to the Salar de Uyuni.

Then there was no landscape.

This is a flat. The horizon became abnormally still and level. The only thing that changed was the colour going from dusty golden sand to a relentless gleaming white.

Peppered with sparkling polygonal patterns, the Salar de Uyuni extends as far as the eye could see in all directions on the Altiplano, blurring the line between earth and sky and making it impossible to judge whether the odd objects that interrupted the flat landscape were near or far.

Soon we stopped to take the obligatory comedy photos… which we’re a lot harder to get right than we originally thought.

After lying down and rolling around in the salt for half an hour, we soon found out that this hard-sharp landscape was surprisingly wet and chilly.

At 3,656 meters above sea level on top of the Andes, this brilliant-white salt flat stretches for over 4050 square miles and is the legacy left behind by evaporated prehistoric lakes. There’s still water beneath the Salar de Uyuni which help push the salt and other minerals up to the surface, forming the hexagonal patterns.

The crust serves as a source of salt and covers a pool of brine, which is exceptionally rich in lithium. It contains 50% to 70% of the world’s known lithium reserves.

The Salar de Uyuni boast several salt hotels, including the very first one in the world, El Palacio de Sal, where we enjoyed a quick lunch, provided by our tour guide in between comedy photo shoots.

After lunch we headed out to one of the oddities of the Salar de Uyuni: the cactus filled Incahuasi Island.

Rising out of the dessert is a small hill of maybe 200 feet in height and stuffed with giant cacti, one of the only plants that can live in this desert-like landscape.

To head back to Uyuni, we switched cars and headed towards one of the flooded plains to see the sunset.

The combination of the flat plains, the silver salt and the water create an incredible mirror on the plains that looks awe-inspiring by day and even more incredible at sunset.

The high altitude, thin air, the dry climate and the unpopulated area helps create incredible sunsets, unlike those us normal city dwellers normally see. Add in the mirror effect and we were lucky enough to get something special that all travellers yearn to see: a sight so beautiful it beats the hype.

We booked our day trip to the Salar de Uyuni with World White Travel in Uyuni. 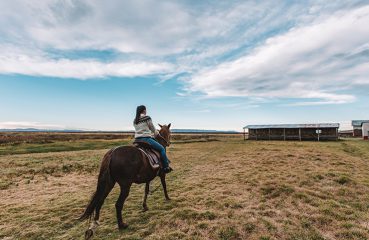 For us, the small town of Puno in the South East of Peru, was a tale of two halves. We chose to base ourselves in Puno on the way from Cusco to La Paz. Situated on the shore of... 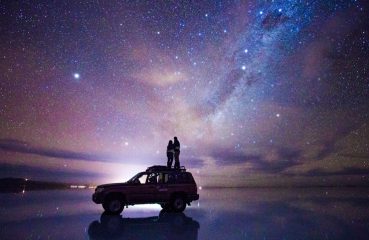 People associate the Bolivian Salt flats as a bright, crystal white moonscape that provides tourists with fun photo ops. Obviously, this isn’t wrong and quite frankly we...