Written by The World in a Weekend| 12th August 2015| Destinations, Itineraries, Malta

Malta is fantastic series of islands in the Mediterranean 50 miles south of Italy and just under 200 miles East of Tunisia. Various civilisations, nations, empires and armies have ruled Malta over the last 2000 years due to its convenient military location. Because of this, the island is littered with great forts, castles and walled cities built as defences against these invading armies.

We’d advise the keen traveller to get a car to be able to explore the island (or 3 islands) fully. The capital, Valetta, has plenty to offer but the eager explorer can conquer it in less than a day. The island is a beautiful drive and access to a car can help unlock other gems such as the islands of Comino and Gozo.

Don’t discount visiting Malta out of season. The temperature rarely falls below 10 degrees at any time of day or night and it’s not uncommon to spend Christmas in Shorts and T-shirts. Also, being an island without a massive local population, winter time stargazing is a stunning (and free) addition to your short weekend away.

Malta in a Weekend:

Hit Valetta early in order to get a good parking space and explore the city. Enjoy the beautiful old city, St. Johns Co-Cathedral the palace of Cassa rola Piccola, Fort St. Elmo and the National War Museum and make sure you are at the upper Barracca Gardens for the noon ‘Saluting of the Battery’ where Maltese soldiers ceremoniously prepare and shoot the cannons on the fort’s defences. From here head down to the Valetta Waterfront for some lunch before getting in the car and heading north towards Mdinah.

Mdinah is the medieval capital of Malta and is a fortress city sitting on top of a hill, still beautifully preserved and offering stunning views of the surrounding area.  The City served as the set for many films including the first season of Game of Thrones. If hungry or peckish, must visit Fontanella for either a full meal or at the least one slice of their amazing cakes whilst taking in the amazing view.

Malta is the largest of the Maltese islands. The 2nd biggest is Gozo which is to the North. In between Malta and Goza is the island of Comino

Head North in the car to Cirkewwa  and board the Comino Ferry to visit the clear waters of The Blue Lagoon and explore the picturesque island.

When back in Cirkewwa take car on the Gozo ferry to visit the island. Gozo is one of the most untouched inhabited areas in Europe and offers an opportunity to see what life was like in the past. Take the car round the island making sure to see The Azure Window on the West point of the island before heading towards the main city, Victoria and its Citadella where you can look out over the whole island. 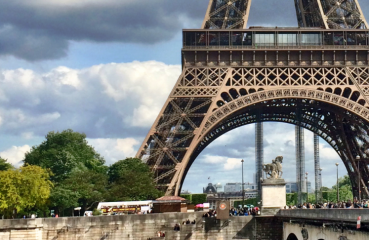 France – Paris and beyond

Paris: Paris is one of the great cities of the world and a tough challenge to do in a day, but we’re going to help try. If we can conquer Paris in a day then that leaves us time... 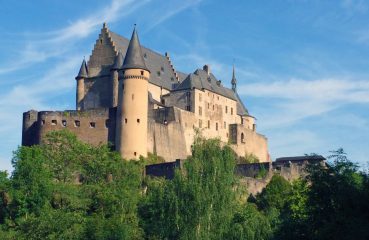 The basics: Luxembourg is one of the smallest independent countries in the world being 50 miles wide and 35 miles long. It is smaller than any American state and is less than a...

6 Responses to :
Malta – step back in time