Written by The World in a Weekend| 9th December 2016| Africa, Day Trips, Tanzania 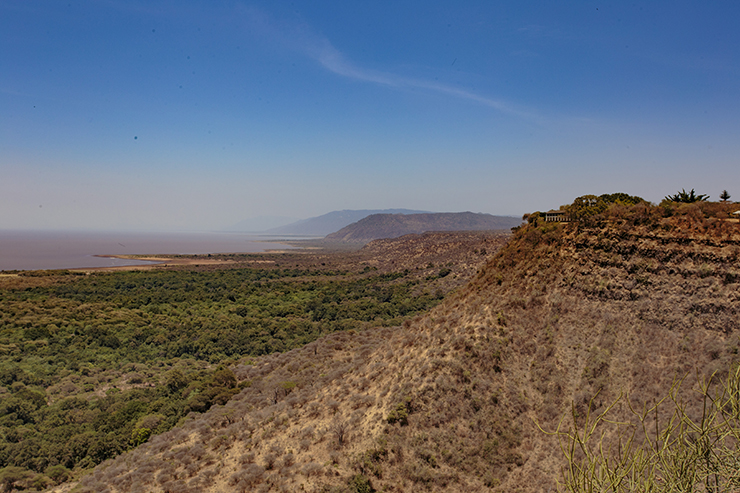 Somehow we had reached our final day on safari and after yesterday’s epic journey to Ngoronogoro Crater we decided on a more relaxed day at Lake Manyara National Park. Situated beneath the cliffs of the Manyara Escarpment on the edge of the Rift Valley it boasts breathtaking views, a variety of bird and animal life and is also famed for the tree-climbing lions. We hoped to catch a glimpse. This park is in the ideal location to visit if you are travelling to/from Arusha and Ngorongoro and although it is relatively light on the game viewing compared to the other national parks in the area, it is definitely worth an afternoon visit.

As we made our way along the dirt tracks between the trees, the roads felt much more intimate than any of the game drives that we had previously been on. We didn’t see another car until hours into our day. Elephants playing in the bushes

Throughout our time in Africa elephants had completely stolen our hearts and were the first to appear, playing in the foliage and suddenly bursting out into the road, crossing just meters in front of us. Meandering through the foliage and crossing several small streams we stumbled upon some blue monkeys. Minding their own business they hardly noticed us drive right past them. Just above in the canopy, a pair of black faced vervet monkeys scurried from branch to branch, devouring the leaves as they went. We soon ran into a monkey exodus as baboons of all ages poured out of the bushes and headed off into the distance. It was fascinating to watch how they played and interacted with each other. I desperately tried to get a photo of a baby baboon staring out at us from beneath it’s mother’s chest, clinging on upside down like a, well, like a monkey. Unfortunately they marched at a descriptively fast rate. A short while later, we found this little guy playing with a rock by the side of the road. His parents watching from a close distance were wary but left him to explore. Of course we couldn’t visit Lake Manyara without spending some time at the lake. The lake takes up most of the national park and is encircled by a thin ribbon of land to drive around. These yellow-billed storks were constantly in motion. Taking off, swooping down and diving below the surface. They were mesmerising to watch. We then found a quiet spot with beautiful views to sit on the roof of our truck and tuck into our packed lunch. Our trip to Lake Manyara was sadly the last of our safaris in East Africa. We chose Lake Manyara to finish on as it’s seen as a very different park to the Ngorongoro Crater, the Serengeti and the Masai Mara. Lake Manyara was much quieter, cooler and featured some very different wildlife to what we had seen on the trip so far. Lake Mayara also varies greatly depending on the season as the lake grows and shrinks during the season and the wildlife flocks to and from the area. If you’re interested in visiting Lake Manyara we’d advise you to check with a reputable local safari company such as Napanda Safaris to find out what you can expect to see there. 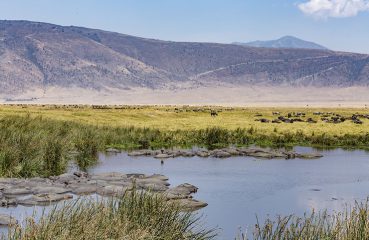 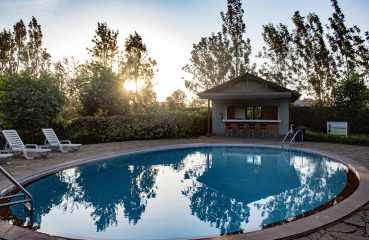