Walking with Dolphins at Dolphin Cove 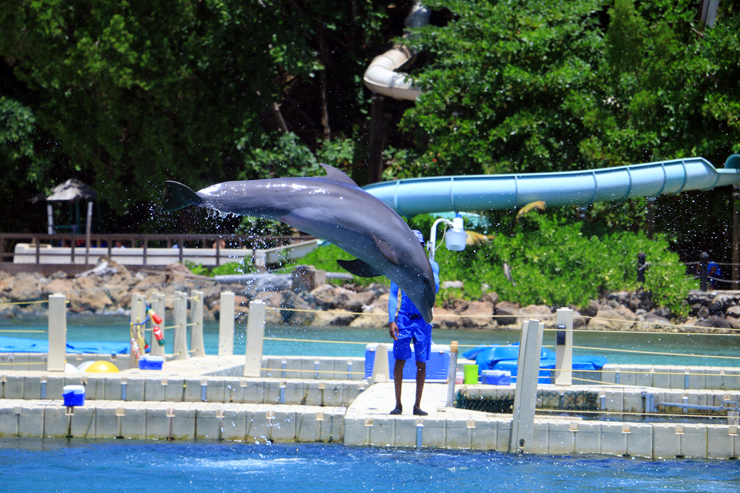 I’ve travelled to 43 countries so far. Have swam in between two continents, seen the Northern Lights light up the arctic circle, hugged Koalas in Australia, and hovered over Niagara falls (more on that later). I’ve been very lucky to have had some incredible experiences and couldn’t pick one travel experience as “the best day ever”… but our day at Dolphin Cove certainly made its case.

Dolphin Cove has been running for 15 years, it won the Jamaica Hotel & Tourist Award for the Attraction of the Year 2013. Then in 2015 joined the Dolphin Discovery Group, the #1 dolphin company in the world. We visited Dolphin Cove in Ocho Rios, in the northern part of the Island. It is set in a natural cove by the sea and is enveloped by 5 acres of rain forest.

We arrived early but struggled to find the car park. After a while we realised there wasn’t one! You just park on the side of the road. Fortunately, that early low point the day got much better, very quickly.

We were giddy and excited for the Dolphin Trek: the reason we had come. Forms were signed, safety briefings were given and soon we were treating water in the cove for the ‘overwater’ encounter first.

Waiting in the water for a dolphin to swim up to you definitely gets the adrenaline pumping. We had been taught the ‘sign language’ to interact with the dolphins: This was a thrilling experience in itself. We then got out of the lagoon whilst our instructors readied the Sea Trek helmets for us all. They work on air pressure and not much else, bringing air from the outside through a tube into the helmets. The pressure of the air keeps your head in the oxygen bubble so that you can walk, talk, sing or pull as many silly faces as want. It was probably the closest I’ll ever get to being a mermaid. We watched the others in our group head down the ladder into the bottom of the cove. Then the heavy, giant 70’s style space helmet was lowered onto my shoulders, pushing me down the ladder. Our instructor was there to help guide us to the lagoon bed. Once in the water the helmet felt a lot lighter. I was surprised how open it felt inside the helmet. The Sea Trek goes to just 12 feet underwater which is plenty deep to feel completely immersed in the sea bed but not too deep as to feel panicked. Going down to the lagoon floor

The highlight of the trek was of course interacting with the dolphins. Famed for being one of the smartest animals in the sea, human hikers notwithstanding, they swam all around us and followed the trainer’s instructions. They even swam up to us to give us a kiss. Afterwards, the dolphins went to relax/swim around and we walked across the sea bed being befriended by colourful fish. Later the dolphins came to see us once they got bored of swimming in the lagoon. The Cove features so many interesting and unique experiences; it’s a full day of adventure. There is a shark show where the trainers all sing and build up the audience before people swim with nurse sharks, we got to hold a stingray, explored the jungle trail to meet iguanas, parrots, snakes and lovebirds. Enjoyed some time on the beach and kayaked around the bay. Parrots on the Jungle Trail kayaking in the bay

We even had a quick ice cream (very quick since it melted instantly in the scorching hot Jamaican sun). These experiences are all included in the price of our Dolphin Trek tickets. Unfortunately we didn’t get the chance to go on the boat ride along the coast or on the glass-bottom boat.

A few pieces of advice for anyone wanting to follow in our ocean bed footsteps and visit Dolphin Cove Ocho Rios: One of the Coves

Dolphin cove was an incredible experience and I can’t recommend it highly enough. It’s ideal for anyone wanting to connect with nature, have a unique experience, or just seeking adventure. We thought we would only be there for a couple of hours, but 7 hours later and we were still trying to tear ourselves away. If you would like to book a trip, visit their website. Thanks to Dolphin Cove Ocho Rios for hosting our day. However we had a fantastic time and as always our opinions are honest and our own. 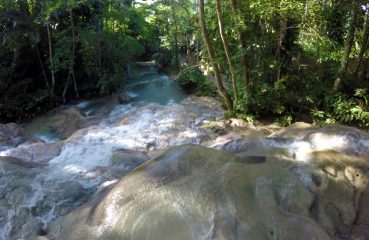 “No problem” Javia chucked from the driving seat as we finally made it back to the car. The soft, cool leather seats and the sudden blast of refreshingly cold air were a... 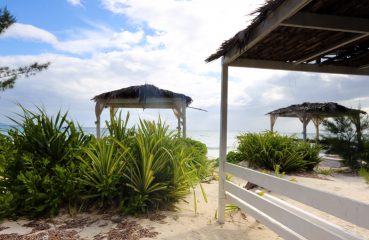 One Response to :
Walking with Dolphins at Dolphin Cove