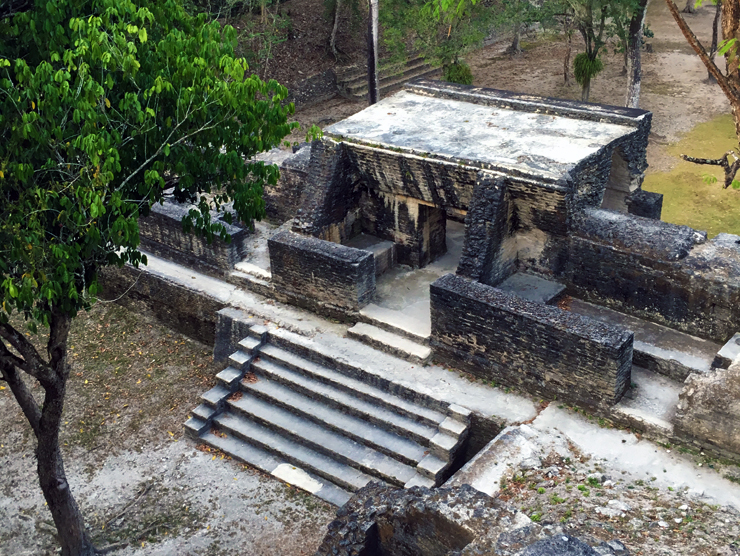 We’ve all heard the alleged fact that you’re more likely to die in a car crash on your way to the airport than on a plane. I have no idea if that’s true, but that didn’t stop me putting it to the test with my whirlwind road trip through Belize.

Travelling from the UK to Belize is pretty simple and should only involve one stop or layover. However, I needed to meet up with a friend in San Diego and then go to Mexico for 3 days and so after stops in Dublin, Atlanta, Orange County, San Diego, Dallas, Puerto Vallarta, Mexico city and Houston…. I finally made it to Belize.

I landed at 3pm and met up with my traveling partner, Niamh. We had 12 hours to get to the Guatemalan ruins of Tikal for our sunrise tour and only a couple of hours to get to Cahal Pech for sunset.

The bus wouldn’t get us there in time, so after some swift and ruthless bargaining I jumped in a taxi and started the wild ride to climb Cahal Pech at Sunset.

Belize has been free and independent since 1981. Free and independent of any rules seems a good way to describe the driving style. We hurtled through Belize City, passing others cars on narrow roads, flying over speed bumps and revving hard to ward off anyone stupid enough to set foot in the road.

Belize is both very hot and very poor, which helps explains why the car was so white hot. Our taxi was ‘retro’ and had no air con. We were essentially in a high speed greenhouse flying through a tropical jungle.

The beauty of Belize

But as Belize City shrank in the rear view mirror, we began to enjoy ourselves as we quickly saw with our own eyes that Belize is BEAUTIFUL.

We drove through lush green forests and hills as we snaked through picture postcard valleys and jungles. We passed small quiet Amish villages that seemed to be from a time gone by, complete with horse drawn carts and children playing in the road.

We even passed a forest fire. I panicked, obviously. Worried the car would soon become engulfed in flames and burning trees would be falling into the road and trapping us in the fire. Our driver barely blinked. He informed us that this is completely normal in Belize and just pushed his foot down harder. Our greased greenhouse revved on down the hard and unforgiving road.

To our relief we arrived in time to explore Cahal Pech at sunset, with the sun low in the sky. The car park was worryingly deserted. I imagine other less brave travellers had turned back after their first taste of Belizean crazy driving and, you know, forest fires. It wasn’t too long before we were immersed in the jungle and rounded the corner where the trees opened out to a clearing. The majestic Mayan buildings rose up from the forest. There was a lone man quietly strumming his guitar at the base of one of the temples and a couple sitting atop another. Other than that, the area was deserted. A little music for the soul

The sun was starting to turn the sky orange and we headed in the direction of the tallest temple which was closest to the sun. The couple were sitting up there, chilling out and welcomed us to “their castle” as we made it to the summit.

Unfortunately the sun was obscured by the trees. Standard. BUT it was still an enchanting experience. One of the biggest things I noticed were the sounds. No one really mentions that. But if the guitarist was there to play in quiet, he was greatly mistaken, unless he was looking for inspiration from nature.

We sat on the edge with our legs dangling off the top, admiring our view, when a line of HUGE ants started marching towards us. Lightning McQueen had nothing on us; we were up and away faster than you could shout “ants” and decided to continue exploring the ruins. Admiring the view of Cahal Pech at sunset from the top

It was wonderful to be able to fully explore the ruins of Cahal Pech at sunset, being able to climb anywhere and not being surrounded by other tourists. Especially since other places limit your access so you can only admire from a distance. Seeing these ruins up close and personal was definitely a bonus.

There were no signs or information in the area so we had to make up our own theory as to what each building was used for, which was way more fun. If I had have had more time at the airport on wifi, I would have looked into the history before we got there.

Losing ourselves amongst the ruins and roots of ancient trees we quickly lost track of time. Suddenly it was dark. Suddenly the noise of the jungle had changed. The next time we would see the sun, it would be rising up over the famous Tikal ruins. Check back with us on Thursday to read all about our jungle awakening. 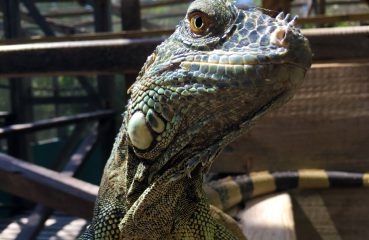 The San Ignacio Resort Hotel is a jewel in the Belizean Jungle. Great food, heavenly beds, private hammocks and of course Iguanas. That’s right. Iguanas. Green ones to be... 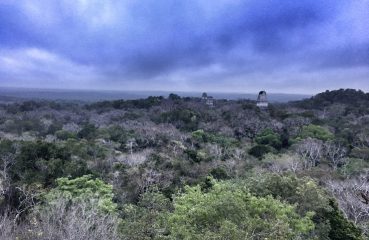