Written by The World in a Weekend| 6th February 2017| Africa, Day Trips, Tanzania 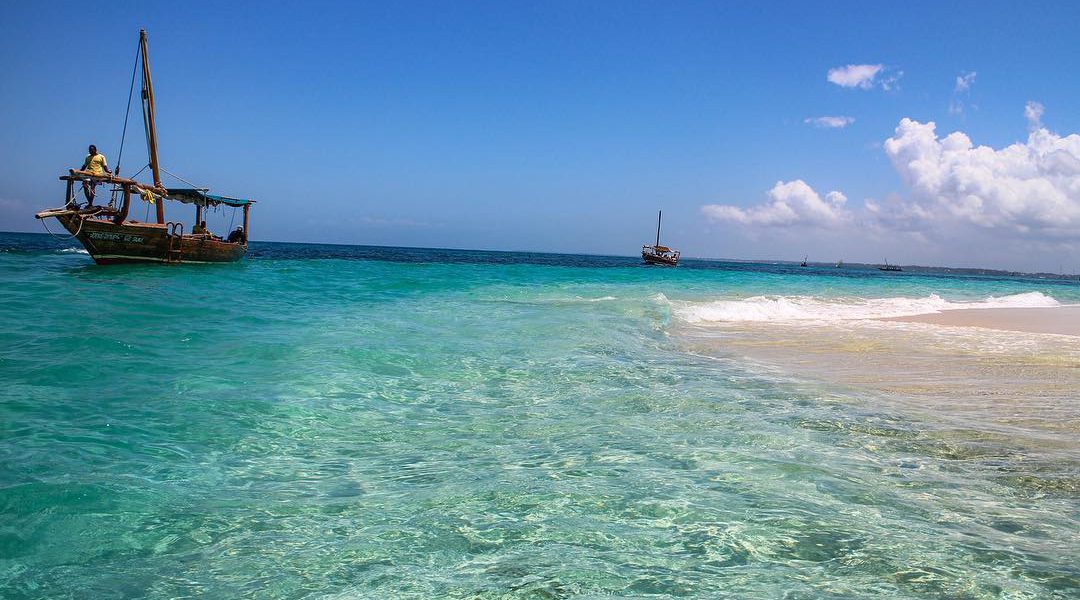 Picture yourself lying on a powdery sandbank in the middle of the alluring waters of the Indian ocean, floating amongst the luscious mangroves or quenching your thirst from a freshly opened coconut whilst watching the dolphins play alongside you as you sail on your dhow.

These are just some of the delights that await you when you set sail with Safari Blue.

After an eventful ‘detour’ through Fumba Town Development (you can read about that soon) we eventually made it to Fumba Beach. The car park was very full and there was a confusing amount people milling around, but we soon found a Safari Blue representative who fitted us with snorkelling equipment and assigned us to a sailing dhow boat. It wasn’t quite what I was expecting. All visions of us finding a quiet piece of the sandbank for ourselves quickly vanished as we climbed aboard with about 20 other people, alongside at least 5 other boats. Unfortunately our slightly late arrival meant that we were one of the last boats to set sail.

As we pushed off into the crystal waters, we sat alongside people from all over the world, getting to know each other and sharing the stories from our travels as we sipped on cold drinks from the cooler. We soon started to slow and the anchor was dropped.

We had arrived at Menai Bay. Here we all jumped into the refreshingly cool water, eager to join the other swimmers in their pursuit of finding wonderfully colourful marine life. With my head down and eyes firmly fixated on the coral and fishes below, I did torpedo into a few people, but after awkwardly both apologising we all just carried on. The currents were quite strong but still very manageable; we just had to conscious of where we were drifting. There were glimpses of tropical fish and the coral was fascinating, but the marine life was not as abundant as I’d hoped. Still, it was exciting exploring the area.

Eventually everyone made it back to the boats and we headed to the famed sandbank. It was a beautiful, island oasis rising above the water’s surface. When you think of paradise this is what would float into your mind. There were shades set up and the crew were handing out more cold beverages. The only problem was that there were so many people on the tiny strip of sand that it was almost impossible to fit on there as well. But we managed it! We even managed to get some shots frolicking in the shallows facing out towards the sea, so it looked like we had this island paradise all to ourselves. Cheeky.

Suddenly we were called back to the boats, dolphins had been spotted and the crew wanted to make sure that we saw them! As we rode the waves we were offered freshly opened coconuts to drink from, whilst keeping a keen eye out for any glimpses of the famed dolphins. Sat on the edge of the boat as we skimmed across the surface was exhilarating and we eventually caught sight of them as the other boats caught us up. The crew made sure to keep a respectful distance from them, but that didn’t mean that the dolphins didn’t come to us. They gambolled around us for a little while before becoming disinterested and moving on.

Our next treat found us floating through the luscious mangroves, the tide was out and the water very shallow. Not everyone ventured into the green waters as the sea bed was rough, but when would be the next time I’d get the chance to do this again? Live in the moment and all.

By now we’d worked up an appetite and were eager to set foot on land again so we set sail for the famous Kwale Island Feast. This island restaurant serves up a fresh buffet of seafood and other meats, which were so tasty. We were seated by boat at long tables where the drinks were flowing freely. Then table by table we were invited up to the buffet to feast on spiced chicken and other traditional Zanzibari fare.

For desert, for those of us who had room, we were introduced to a vast array of Zanzibar’s exotic fruits, some of which we delicious and some were, questionable. Then to finish off the event Amarula and coffee were served as we listened to the live traditional music and dancing.

The clouds had rolled in, but the air was still humid. There was time to laze on the beach or explore the shore before boarding our charming boat again for our bittersweet sail back to the mainland.

Overall this was a fantastic day and experience, although we went on a very busy day. We would like to thank Safari Blue for inviting us on this trip, however our views are always honest and our own. If you’d like more information or would like to book, visit their website http://safariblue.net 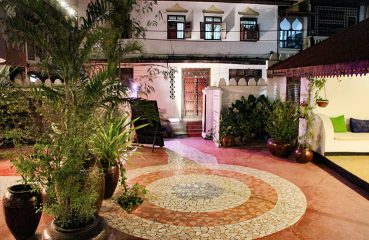 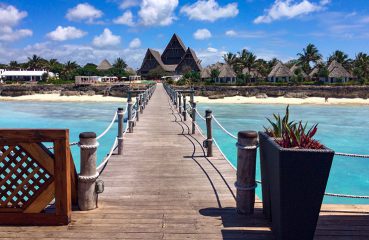 Most importantly – Does the hotel and room do what it’s supposed to do? The Essque Zalu Hotel delivers 5 star luxury in an idyllic setting on the northern tip of Zanzibar. The...