Is This the Best Way to See Dubai? 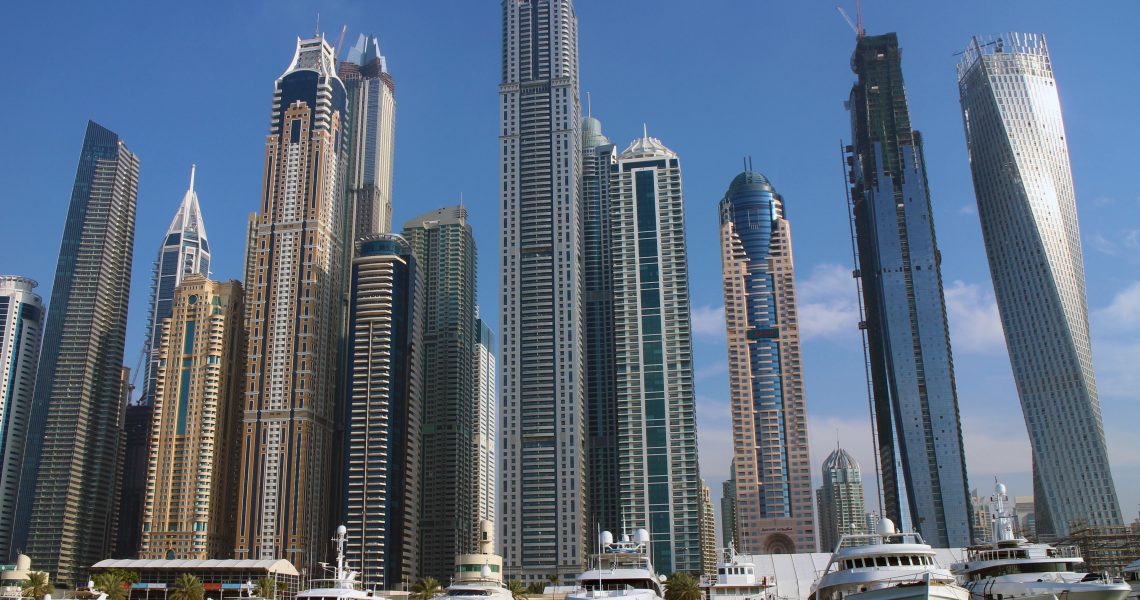 There are many ways to enjoy Dubai, but maybe none are as stunning and awe inspiring as watching the sun set over the city from your own private boat in the Persian Gulf.

Dubai is a city seemingly at war with the sky. Every year new skyscrapers are built in brave attempts to invade it and push it every higher away from the city. The Burj Khalifa stands out alone as a massive sword trying to puncture the heavens.

The view from the sea is the best place to watch the city’s titanic struggle with nature. It’s both relaxing and exciting to look out across the water at the sun setting on the city.  The reflection of the city in the water makes you feel like you are floating on a water painting.

As the sun starts to set, the sky starts to change colour. Due to Dubai’s industrious smog, it cocoons the city in a pink glow. As the sun retires the temperature begins to cool and the city starts to power up for the night ahead becoming a shining beacon in the middle of a pitch black dessert. Sunset over the Marina at the end of our tour

What may have made the experience all the more exhilarating was that we almost didn’t make it. After arriving outside the Marina we realised that we didn’t bring our passports, a requirement of the trip. We jumped into another taxi and returned to the hotel at breakneck speed. Our taxi driver was channelling his inner Mad Max and eviscerating fury at slow driving cars in front of him. We were also pleasantly surprised that Mad Max only charged us 56 Dirham for the return journey but then realised that we’d probably just been scammed by the first driver who charged us 60 for the one way trip from the hotel.

We made it back to the Marina just in time to climb aboard the Silvercraft 38 Gaviota with Marine Concept and set sail into the Persian Gulf. About to set sail

Our ship was under the guidance of Captain Ramil and crew member Roynald who doubled as our guide. As we sailed out of the Marina and along the coast towards the palm he pointed out the big and beautiful houses owned by the Sheikhs including the additional houses for his wives, children and nannys. Unfortunately it was lively day on the sea with the waves play fighting with the boat. Our Captain was very conscious of staying in calm waters since he knew Maria was pregnant. So we turned around and headed back towards the Burj Al Arab for sunset which was the highlight of the cruise. As the sea calmed our Captain was nice enough to let us have a quick go at driving the boat. Whilst excited I was also marginally petrified and my brain suddenly froze, forgetting basic but useful information such as which is left and which is right. However, under careful supervision we managed to not sink nor end up in the Bermuda Triangle, which I’m chalking up as a victory. Who would trust me behind the wheel?

Sunset Cruises are popular in Dubai as evidenced by the number of boats out in the gulf that evening. However, it’s still a very relaxing and stylish way of getting away from the hussle and bustle of the city to find some peace and tranquillity without roasting in the dessert. We ended the trip with a cruise along the waterfront of the Dubai Marina Canal, to see the huge buildings close up. A tip for anyone taking a sunset cruise, bring warm clothes. As soon as the sun sets the air chills. Whilst there are many options we would strongly recommend Marine Concept as, beyond putting on a great cruise, we were impressed with the additional effort and extra thought that went into the trip. In particular, we appreciated the communication prior to the cruise, the refreshments offered and being able to drive the boat. Roynald also escorted us out of the Marina to help us find a taxi that would charge us an honest rate and would drive my pregnant friend and I a little less like a maniac. Marine concept offer a number of different cruise packages, from 2 to 8 hour charters as well as basic and advantage skipper training. More details, including costs and course dates, are available on their website. 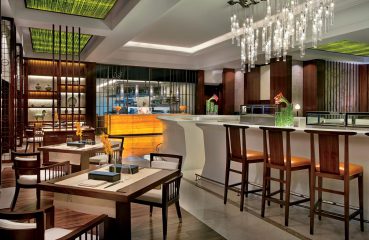 The Jewel in the Crown of Dubai’s Restaurant Scene, The Blue Jade at the Ritz Carlton

The Blue Jade at the Ritz Carlton, Dubai is one of the most decorated restaurants in Dubai and recently was awarded the Best South-East Asian Restaurant in Timeout. Our... 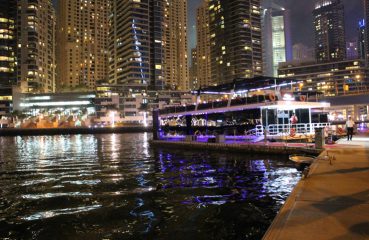 After having sampled the delights of Dubai from the Sea earlier in our Babymoon long weekend in the United Arab Emirates, we couldn’t resist going back for one more night on...