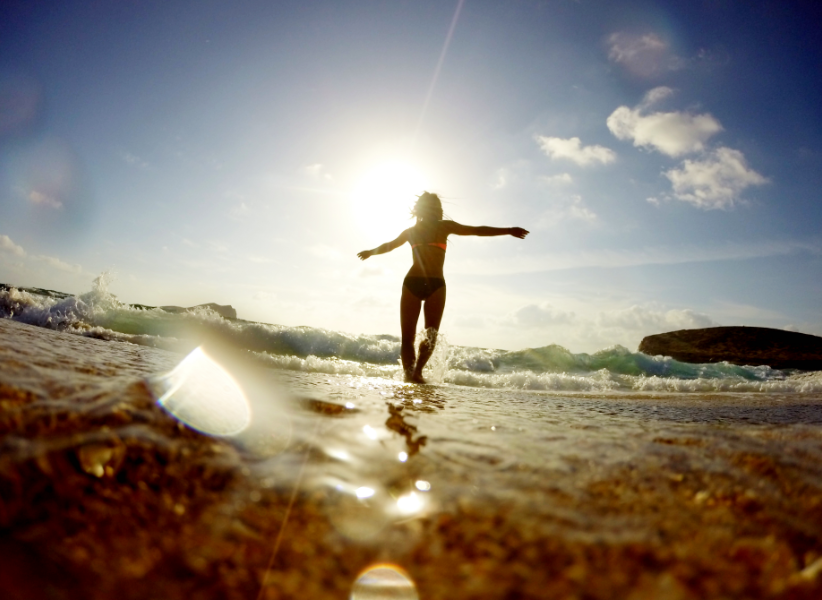 We attempted to go to Formentera (island) via the Aquabus but when we arrived we had just missed one. We decided to have lunch whilst we waited for the next one at Yokubo Sushi Lounge and Restaurant  on the beach promenade. The Phad Thai was very filling, tasty and great value at only €25 for both mains and drinks. It was quiet so the service was incredibly efficient. Another hard lesson we learnt; the boat times were NOT to schedule and do not wait! We paid at the little booth by the jetty and had stayed close by on the promenade, but by the time we had got down to the jetty (the boat was 10 minutes early) it had dropped off its two passengers and left again. This was especially annoying since the woman had clearly just sold us some tickets to go and she didn’t ask them to wait for the scheduled departure time. We also couldn’t get our money back because she practically sprinted away into her car. Not good service and I absolutely would NOT recommend this! So after that, we decided to change our tact and put down the satnav/map and all plans to just explore the island. We drove around the west coast and were rewarded with breath-taking scenery at Cala Corral and Sa Caleta. There was parking opposite and access to the large rocks below. A local man sat in the shade enjoying the breeze and the view whilst his two Labradors jumped in and out of the cool water chasing after each other. We got lost exploring the various other beaches and towns en route and eventually ended up at Cala Comte.

Our first impression was that it was BUSY! There was lots of parking and toilets are available. We entered through the restaurant Sunset Ashram where we sat on a lounger on a rock terrace below and had a cocktail before moving down to the beach (because it was so expensive to actually rent one!) There are plenty of rocks to perch on and observe the crystal clear waters and rising rock formations in the background. Tired from our last few days we moved down to lay on the sand (and nap!) before exploring the water. By late afternoon the wind had picked up and the waves became strong. We had toyed with the idea of going Stand up Paddle boarding  around the small rocky islands but the guide was reluctant to go in the “high” winds – one day I WILL do this! Instead we played and splashed in the sea through sunset, but if you’re tired of the beach by now you could opt to have dinner or cocktails at the Sunset Ashram, just make sure you get there early to reserve your seat or table as it fills up fast! We figured that we would find somewhere to have dinner on the way home, as we had passed a sign for “cliff top dinning” on our jaunt out. Unfortunately this idyllic sounding restaurant Sa Caleta in Sant Jordi didn’t turn out to be what we’d hoped, the whole “cliff top dinning” thing probably built up our expectations, when in fact it was just a restaurant set back from a beach that had steps down to it. We decided to try The Blue Marlin in nearby Cala des Jondal instead and were greeted speedily and seated in the al fresco restaurant area just off the beach. We had some beautiful flavoured bread to start, wagu steak at €19 per 100g (not €19 total!) that was brought out and carved at our table with potatoes and garlic and sweet potatoes. The cocktails were great too! This was NOT a cheap dinner at almost €200 but totally worth it for the beautiful food, view and experience. There were of course less expensive options on the menu. Then the night-time ritual started; home, nap, taxi. We spent our last night on the island at Pacha with Bob Sinclair and Danny Howard (again). There was a great little spot next to the bar at the back near the bathrooms that was the only ‘cool’ place to be with the air conditioning vent. Perfect. The hip hop room was packed and there were a lot of stairs to navigate which were sometimes difficult to see since it was so busy. Tonight was tough, I think Ibiza started to get the better of us, but we still had a great time dancing until dawn. TIP: Always pack the night before – you don’t want to be dealing with that hassle in the morning, especially when catching the red eye home.

Thanks Ibiza, it was a complete blast!

The first thing my friends asked on our return was, “Didn’t you love it?” …of course! 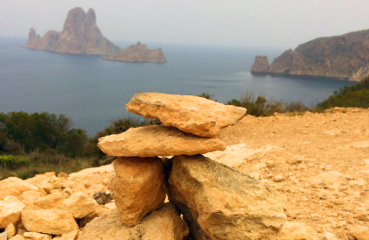 Setting off early, within the hour we off-roaded (practically) down thin rocky dirt roads at Cap Llentrisca until we came to a small plaza under a tree which signalled the end of... 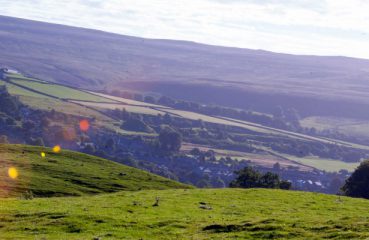 Sometimes you don’t have to journey too far for an adventure. Last weekend we took a road trip through The Pennines, the mountain range that divides the North West of England...