Written by The World in a Weekend| 13th October 2016| Adventure, Africa, Tanzania 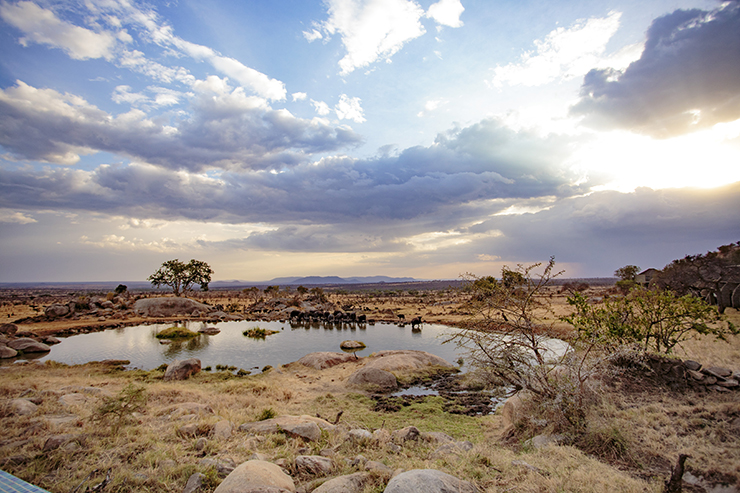 I knew I’d love the Four Seasons Serengeti because it’s just like another thing I love: disaster movies.

I’m talking about a certain type of movie, like ‘The Martian’ or ‘Pitch Black’ where our heroes are trapped in a dangerous environment and they have to use their wits and skills to survive and prevail. Why is the Four Seasons Serengeti like The Martian? Because like Mark Watney, the Four Seasons Serengeti is a hotel trying to do something exceptional in a place which is far removed from the modern world, in an area filled with things which are trying to hunt you.

When the Four Seasons took over the management of this special hotel they were faced with two very different challenges: one obvious and one surprising.

The obvious challenge: how to run a modern luxury hotel in the middle of the Serengeti National Park, Tanzania. The Serengeti is so highly protected that even farming is forbidden so forget farm to table: you won’t find fresh food producers for hundreds of miles. Forget popping out to the local shop if you run low on Coca Cola as the nearest shop is 200 miles away. That is if the products and produce you need are actually in Tanzania at all, since it is a country not overly fond of importing.

All these challenges led to staff having to search high and low across the country for suppliers who could not only source fresh, high quality products but who could also deliver them quickly and safely to the hotel. Consistency is incredibly important and difficult to attain but with hotel villas costing up to $22,000 per night, every night must be perfect. The elephants who drink at the watering hole

The hotel is famed for its amazing watering hole, which is strategically placed at the foot of the hotel’s courtyard and infinity pool. The watering hole attracts a never-ending stream of animals who drink just yards away from where you swim, eat and relax. It is an unforgettable experience. However, the hotel employs a small army of Masai Warriors to protect the premises and guests from the animals such as the lions that may come at night.

The challenge for the Four Seasons Serengeti was to create a palatial paradise in a place that is as far removed from luxury as imaginable. It would be understandable that, when they took over the running the hotel the management team of the Four Seasons Serengeti would be tempted to build a hotel that is a refuge from the wild plains on it’s doorstep.

Instead they went the other way: They made it more African. Out went the steel and concrete walls of the previous modern design and in came African woods and fabric. Rooms such as the Boma Restaurant were modelled on traditional Masai villages and the elevated walkway was built from wood to safely guide guests from their rooms to the main building. Overall there is a strong authentic feel to the hotel and grounds. Even the grandiose circular stairs leading up to the reception feel genuine and homely due to the wooden carvings on the wall and the sculptures hanging from the ceiling. Under the new management some of the conference rooms were transformed into the captivating Discovery Centre. This is a small but intense museum that helps to educate residents on their surroundings, history and on animals that they will see on safari.

The Spa draws a distinct inspiration from the Serengeti, with signature massages such as the Kifaa massage using a rungu, a wooden baton used as a weapon by the native Masai Warriors. Baobab oil is also a focus since the Tanzanians believe that this is the tree of life. To top off this sensuous experience all their treatments are finished with a fragrant milk bath overlooking the plains from a private veranda.

My favourite touch though, were the photos on the walls throughout the property. Whilst initially looking like stock photos of wildlife, a closer inspection reveals a name and date in the bottom corner recording the time and date when the photo was taken. These photos were taken by the resident photographers. They inspire excitement and wonder in all guests that they too might be lucky enough to see a cheetah chase down a zebra or a Lion tackling a buffalo. This to me is the key to the hotel. No one passes through or ends up in the Serengeti by accident. It takes a lot of time and money to get there and travellers will go for one reason: safari. Every area of the hotel is designed to make you excited to be there and screams East African adventure. On Safari with The Four Seasons Serengeti

A safari is an amazing experience and definitely one that should be on every traveller’s bucket list. Whilst there are plenty of options in this part of the world, The Four Seasons Serengeti is simply an experience of a lifetime. You have to credit the designers, staff and management teams for what they’ve achieved.

The Four Seasons Serengeti is an impossible paradise that manages to rise above the dangers and challenges of its location whilst accentuating and oozing excitement of being immersed in the world of East Africa.

Thank you to the Four Seasons Serengeti for hosting us, however our opinions are always honest and our own. 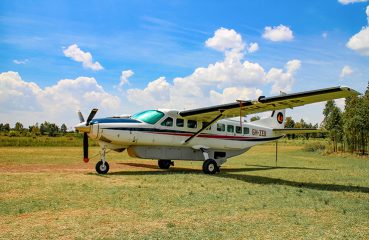 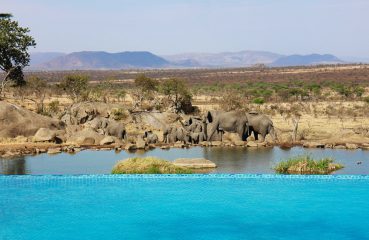 Most importantly – Does the hotel and room do what it’s supposed to do? Emphatically yes. As a slight spoiler this hotel is the best hotel we’ve ever stayed at. Not only...