Written by The World in a Weekend| 10th March 2016| Austria, Europe, Itineraries, Review 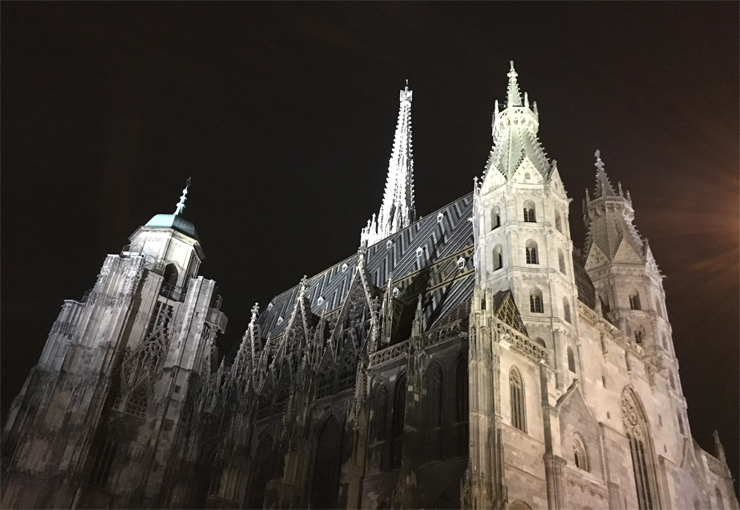 And sometimes we travel because we have work to do.

Last weekend I took a short slingshot of trip to Vienna, the capital of Austria, to complete a training course and attend a conference. As the two events were to run back to back it looked like I would be trapped in a conference centre for the whole day before my dawn flight home.

But then a crack appeared in the agenda and it began to grow until I could see a whole hour’s worth of time nestling in between my two commitments. I laced up my metaphors and ran out of the conference centre in slow motion like an action hero running from a building about to blow up.

I had one hour free. With so much history, culture, art and so many monuments I initially couldn’t  chose where to go. There’s obviously the Cathedral but what about The Hofburg Palace? Too far away. Same with the Schonbrunn Palace. Not enough time for the zoo or a museum. Google tells me that the number 10 attraction in Vienna is the Vienna ring road. I take Googles’ word for it but decide not to investigate it myself. No, I decided that with only one hour I need to hit the main attraction: St Stephen’s Cathedral in the centre of Vienna. As the light was fading and flanked by two fellow convention escape artists, we decided to jump onto a metro train hoping to get a glimpse St Stephen’s Catherdral before the sun bid it goodnight.  As we were being whisked along underground I wondered if my iPhone was about to be treated to a sneaky sunset money shot. The metro is very easy use. It’s clean, efficient and my only discomfort was wondering if the sun would wait for me or not. As someone who grew up London and having had to wrestle the London Underground throughout my youth, I feel quite at home in other underground systems around the world (I am sure I will regret saying that later).

Although it was the number 1 tourist attraction on the visitor map I was given at the hotel, I was still worried that we wouldn’t be able to find St Stephens Cathedral. The plaza was awash with people and ticket touts alike. We entered the frenzy after attempting to take some photos. As I was not planning on a quick visit I was not armed with my normal camera and lenses so found it impossible to get the whole titanic cathedral in the shot.  The constant bustle and bargain of the frenzied passers-by meant it would have been almost impossible to get a long exposure shot in anyway. The symbol of Vienna, St. Stephen’s Cathedral, or Stephansdom is one of the most important Gothic structures in Austria and the seat of the Archbishop of Vienna. Inside the cathedral the atmosphere from the street completely transformed. Although there were still a lot of people, they were milling about at a more leisurely and respectful pace.

On the roof of St. Stephen’s Cathedral, colourful roof tiles have been laid to create the Royal and Imperial double-headed eagle and the coat of arms of the city of Vienna.

On the way out we asked one of the ticket touts – dressed in traditional costume – if and how you could climb to the top of the monument to see the beautiful tiled roof. He directed us out of the main doors and around the side to a smaller entrance. Grateful for the help, we ambled around the corner admiring the views and deep in conversation. We walked, and kept on walking. We didn’t see the other entrance, and trust me, we were looking. Past the Horse and Carriages and suddenly we found ourselves back where we started. Always great news when you’re short of time. Even better news was the same tout was there who offered to walk us round there himself.  It was closed.

Luckily we spied a restaurant/bar overlooking Stephansplatz that would afford us a good view of the cathedral and its ornate tiled roof.  We set off almost at a run.

The doorman gave us a puzzled look as we hurried through the door, and into the lift, shouting “6th floor” before the doors closed. He may have expected travellers to have left more than hour in Vienna to see the city. The view from the Onyx bar of the DO & CO Hotel

We stepped out into the plush and dimly lit interior, full of deep colours and accents of gold of the Onxy Bar of the Do & CO Hotel. Immediately we were directed to the discrete cloakroom to our right, and we checked that buying a drink would mean we could enjoy the view – for 10 whole minutes. The backdrop of St. Stephen’s Cathedral

With nowhere available to sit, we somehow managed to convince the waiter that we should take the reserved table right in the window since we would only be there a short time. Which to our surprise worked! We immediately ordered some sweet wine before marvelling at the view over the cathedral. For ten whole minutes we managed to relax and enjoy a moment that was never meant to be. With great company, great views and great wine, it made the whole rushed experience worth it.

And ten minutes later we shared a metro train on the U3 line whisking us back to the convention centre to restart out conquest of the agenda and push towards our end destination of “Any Other Business”.

Until next time Vienna… 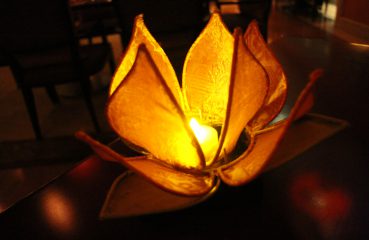 On our first evening of our trip we were invited to the Shangri-La Dubai Hotel for pre-dinner drinks at their ikandy lounge and dinner at their traditional Vietnamese restaurant... 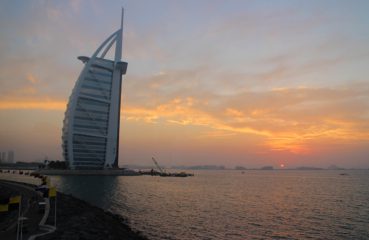 Drinks with a View over Dubai

I know it seems like I keep going on about the views in Dubai – surely there is only so much you can look at in one city? Wrong. The Dubai skyline keeps captivating you, from...

4 Responses to :
An hour in Vienna